Some years ago our range of MC step-up transformers more or less consisted of one transformer, the LL9206. It is probably one of the highest performance-per-dollar MC SUTs on the market, having been used by a number of respected audiophile brands. However, the LL9206 had characteristics that made it usable for a wide range of MC cartridges, but not optimal for a large part of that range, particularly as the average impedance of MC cartridges has steadily decreased over the past 20 years. For this reason the LL9206 could not really match the sonic performance of the most prestigious, expensive high-performance SUT transformers available on the market.

Together with Kevin Carter at K&K Audio we decided to develop a cost-no-object MC step-up transformer capable of matching the best available SUTs, using the experience gained from the LL9206. The project resulted in not less than 8 different models, with different turns ratios and different core and wire materials. Here we present two of those:

The LL1931 and LL1933 are significantly oversized compared to the requirements dictated by the signal levels of an MC cartridge. They are wound with Cardas oxygen free high purity copper wire and are suitable for medium and high impedance MC cartridges. These two transformers are almost identical, the only difference being in the choice of core material.

The LL1931 is made with our unique amorphous cobalt uncut strip core. According to Kevin, “the LL1931 provides a very open and detailed ‘picture’ of the space that was recorded providing a level of detail recovery that I had never experienced with LPs.”
LL1931 was recently tested in the September-17 issue of the Hi-Fi Australia “Played through the Lundahl we have to say we’ve never heard the DL-103 sound better…”

The LL1933 is made with the more conventional mu metal lamination core, which is normally considered more linear than the amorphous core. When Kevin compared the LL1933 to LL1931 he concluded ”there is less of an emphasis on detail and more upper bass / lower midrange warmth..”
In November 2016 the LL1933 was tested by the Finnish on-line magazine AudioVideo.fi. This resulted in “Five stars”, and the judgement “Sairaan siisti” which (freely) translates to “Cool as hell”!!! 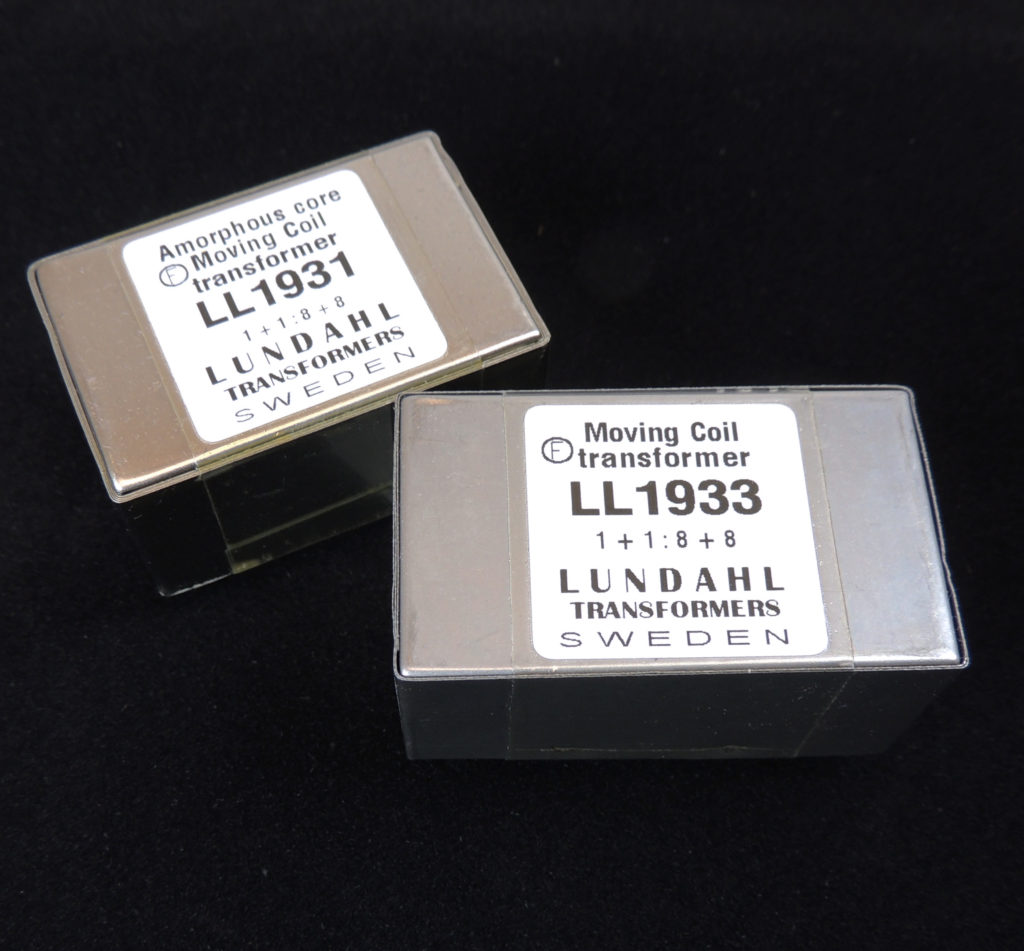